Sales of a Devizes brewery’s festive beer will help keep elderly warm this winter. Wadworth managing director Toby Bartholomew says using its Christmas beer to support an appeal that helps keep elderly people warm in winter is an essential part of its support for the community. 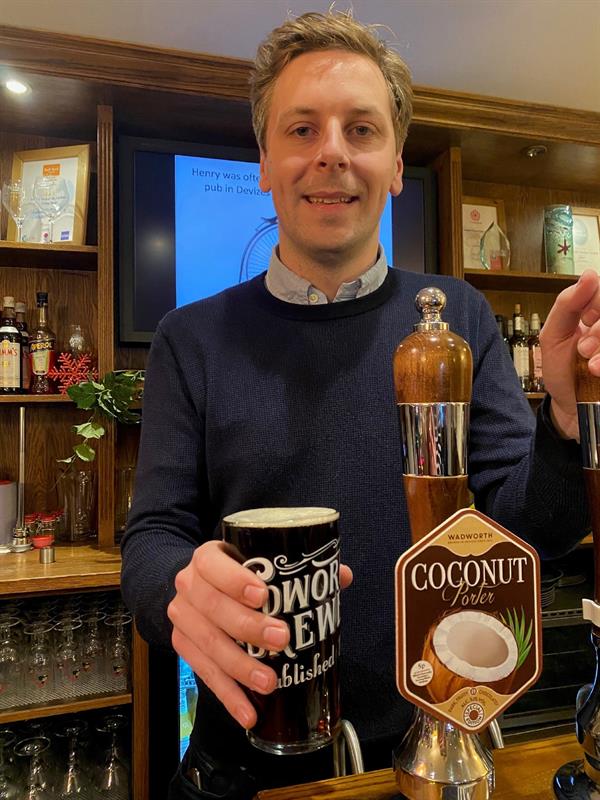 The appeal, which has been running since 2010, will again be funding partners Age UK, Warm and Safe Wiltshire and both Swindon and Wiltshire Citizens Advice so they can provide grants of £200 and energy-saving or benefits advice to people in fuel poverty. Last year it raised £142,000 and helped more than 1,200 people pay fuel bills and save energy, as well as apply for other benefits.

Mr Bartholomew said: “We’ve supported the appeal historically and it’s something we’d love to carry on. I think it’s very important for us as a company that is involved in the community.

“Winter is tough for a lot of people in any case but particularly so after what everyone has been through over the last 18 months. We want to support the community where we can so this is a good opportunity for us to partner with an excellent charity.”

He said he has seen his pubs play an increasingly vital role in the community during the pandemic so views the support for the appeal as an extension of that. “During the pandemic that sense of charity has really shone through and some of our pubs have become food hubs and turned into little village shops,” he said.

“There are not many good things to come out of coronavirus but it has emphasised the need and the appreciation of the local pub to the community.

“We see supporting Surviving Winter as an essential part of helping the community. The beer will be available all over the Christmas period and it’s our chance to give a bit back to those people who support the pubs.”

Wiltshire Community Foundation joint chief executive Fiona Oliver said: “Wadworth has been a staunch supporter of the community foundation for many years and we are very thankful that the company continues to see the importance of this campaign.

“On average 300 people in Wiltshire and Swindon die of cold-related illness each winter because they are unable to keep their homes warm. That is just not acceptable in a civilised country and we are determined to do something to change that.”

Mr Bartholomew said the introduction of a porter, which is described as a dark stout-like beer with a mellow coconut flavour, was the idea of head brewer Andy Weaver. “This is a bit niche you might say, it is definitely going to be a bit of a Marmite beer – people will either love it or hate it. It depends if you like coconut or not,” he said.

“We’ve had good feedback so far. We hosted brewers from all over the country in Devizes last week and they were positive about it. We hope it will raise a lot of money for an excellent cause.”

The community foundation is asking people who receive a government Winter Fuel Payment and feel they don’t need all or some of it to donate it to the appeal. “We have had wonderful support in recent years, particularly last year, so we are hoping that people will be just as generous this year,” said Mrs Oliver.