If you are looking for evocative history, we know just the place to go.

Wiltshire is full of history, from the very earliest human occupation periods (think Blick Mead, Amesbury), through to modern times. Castles loom large in the popular imagination, especially those from the Norman period, built in stone, with domineering towers, castellated walls, moats, and built with defence in mind. Many of our castles have either disappeared for ever or lie in various states of ruin, and of course, it is partly their ruinous state that makes them so evocative.

Located on the north side of Ludgershall, off the A342 road, the ruins and earthworks of this royal castle date mainly from the 12th and 13th centuries, possibly on the site of an Iron Age hillfort, it was later improved by both King John and his son, Henry III. It was regularly used as a hunting lodge by royal parties.

Henry III visited the castle 21 times and transformed it with the addition of a great hall for dining and entertaining, and new royal apartments. Eventually, the castle lost favour with royalty and by the 1540s most of it had been dismantled.

Only the tower survived as a feature in the garden of a nearby house. Today, many of the earthwork banks and ditches associated with different phases of the castle survive. A modern farm occupies the centre of the castle site, but three walls of the tower survive. The visible foundations remain from Henry III’s buildings, exposed through excavation in the 1960s and 70s. The grassed earthworks are still steep and there is a wooded section with narrow footpaths that can become muddy in wet weather.

Old Sarum has over 2,000 years of occupation history. You can walk the full circuit of the imposing ramparts, which enclose 29 acres, and you can see the Roman roads stretch out east and west. The views from Old Sarum are stunning, with the current Salisbury Cathedral a prominent landmark. 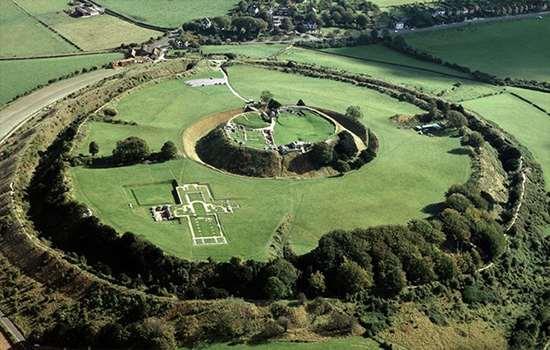 Imposing itself on this already prominent landmark is the motte and remaining stonework of the castle. There is a small car park on site, within the ramparts. The castle was originally built by William the Conqueror in 1070 in the motte and bailey style, and it was here that he asserted his royal authority in a ceremony attended by the great and good of the nation.

By building the motte inside the hillfort, the castle was doubly defended. The ramparts effectively define the bailey in the Norman style. Roger of Salisbury built the first stone castle buildings in the late 11th, early 12th century. Additions were made by King John in the 13th century, but its military importance declined and by the early 1500s materials was being removed to be used elsewhere.

A visit here is not complete without walking the foundation remains of the original Cathedral.

Old Wardour Castle was once one of the most daring and innovative homes in Britain. It was built in the 14th century as a lightly fortified luxury residence. The castle is set in peaceful countryside beside a lake, surrounded by woodland on three sides. A visit can be combined with a number of excellent walks in the area. You might recognise the castle and its grotto from the hit film Robin Hood, Prince of Thieves. 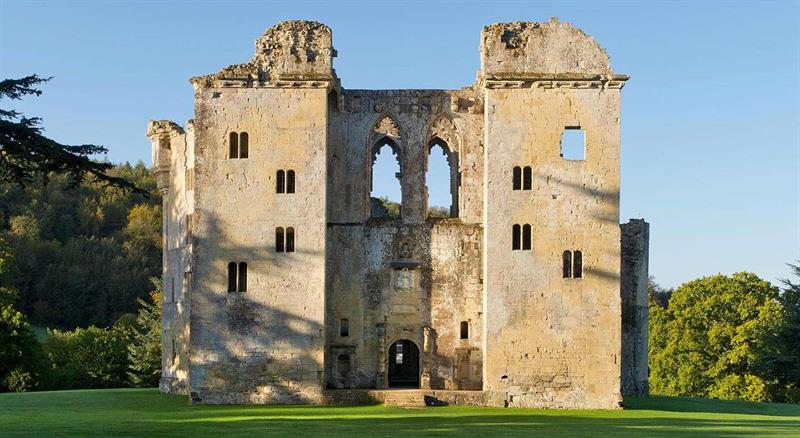 Although partially destroyed during the Civil War, there is still much of the castle to explore. You can still see many of the features of the working castle, such as bread ovens in the fireplaces, stonemasons’ marks, carved figures, vaulting in the cellars, doric columns in the archways, and much more.

In the castle grounds you will find the 18th century banqueting house, and the grottos. Among the stones you will find a number that are reputed to have come from a Neolithic stone circle at Tisbury.

This article first appeared in the August 2019 issue of Wiltshire Life.