​Children and their families who were dressed as rainbows brought smiles to the streets of Wiltshire when they took part in a run that met lockdown restrictions to raise charity cash. Pupils of St Margaret’s Preparatory School, Calne raised more than £2,000 for the The Rainbow Trust - a charity which supports families with sick children. 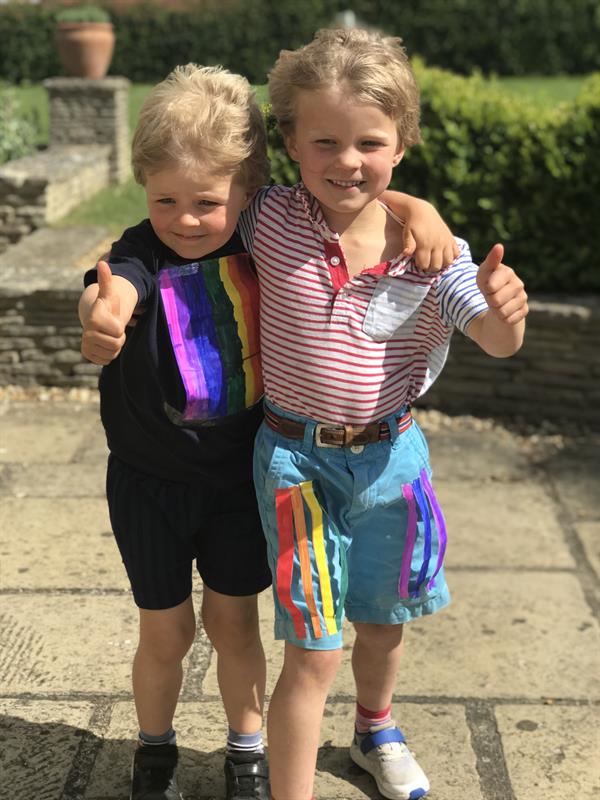 Head of sport Daniel Dury said: “As a school we were blown away by the support of our families during these challenging times.

“We raised over £2k with members of the general public asking the children what they were doing as they ran past their homes dressed up in their rainbow attire and offered to sponsor some of our families whilst they ran along country lanes.

“I’d like it personally thank all those who supported the St Margaret’s community with this challenge.”

The children should have been taking part in a Colour Run at school but when Coronavirus put paid to this event Mr Dury came up with the idea of the Rainbow Run which pupils and their families could do in their gardens or nearby streets.

More than 150 people took part dressed in bright colours. Some wore face paints and adorned themselves with ribbons.

Mr Dury said: “The Rainbow Run raised money for this year’s chosen charity and children took part alongside their families. There were two distances 1Km and 3Km depending on running ability.”

Oonagh Goodman fundraising director of the Rainbow Trust said: “Our family support workers, who are classed as ‘key workers’ in the current crisis, have been part of the national response to rapidly increasing demand, providing critical care and support to seriously ill children and their families in this new frightening reality.

“We are giving emergency practical, mental, and emotional support 24 hours day to families, many of whom have children who are classed as some of the most at-risk because they are in cancer treatment, organ transplant patients and have compromised immune systems.

“Yet whilst our services are in demand more than ever our income has dropped almost overnight as every fundraising event is cancelled.

“We rely on the generosity of the public raising money to fund support to families. So we are doubly grateful to all the families at St Margaret’s Prep School for their resilience, imagination and kindness in going ahead with their colour run ‘virtually’.

“It is great to see the prep school community coming together as one in spirit to support sick children and their families at a time of great need. For all the families supported by Rainbow Trust and all the Rainbow Trust team a big thank you to you all.”